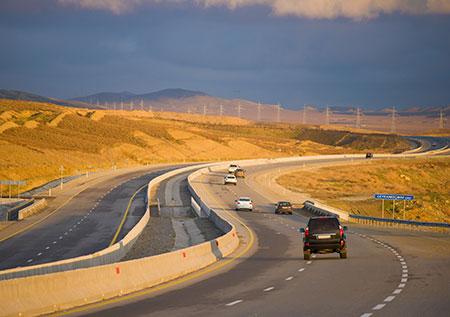 Azerbaijan is one of the main economies in the Caucasus region. Its economy is mainly based on oil and gas production. The country was responsible for around 52 MtCO2eq in 2013, equalling around 0.15% of global carbon emissions). Total emissions per capita in 2010 were 5 tonnes of CO2eq, less than half the OECD average.

The Azerbaijan authorities aim to mitigate 35% of total emissions by 2030 compared to the base year 1990. Transport is one of the focal areas for mitigation efforts. Transport is the biggest CO2-emitting sector in the country, accounting for around 25% of total fuel combustion emissions. Transport CO2 emissions per capita have more than doubled in recent years, from  0.26 tonnes CO2eq per inhabitant in the year 2000 to 0.54 CO2eq in 2010. Projections see a continued rise transport activity in Azerbaijan. Freight and passenger transport volumes will see annual increases of 3% between 2015 and 2030 according to estimates by the ITF. This is above the OECD average projected for the same period.