The Case of Gatwick and Heathrow 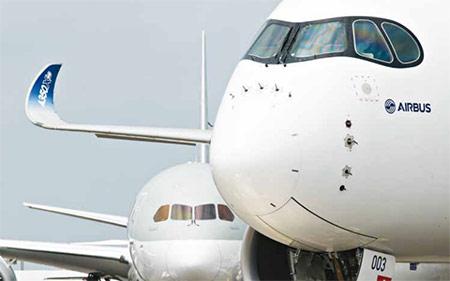 The Airports Commission was set up by the Government of the United Kingdom in 2012 to take an independent look at the UK’s future airport capacity needs. It has been tasked with setting out the nature, scale, and timing of steps needed to maintain the UK’s status as an international hub for aviation, alongside recommendations for making better use of the UK’s existing runway capacity by the end of 2013; and setting out recommendations on how to meet any need for additional airport capacity in the longer-term by the summer of 2015.

In December 2013 the Commission published its Interim Report, which included a short-list of three options for increasing the UK’s aviation capacity in the long-term: two at Heathrow and one at Gatwick. To determine which alternative would provide the largest benefits to passengers, freight businesses and the UK economy overall it is important to understand how airlines are likely to respond to increased runway capacity.

This report examines the likely responses from airlines in all segments of the market: the local hub carrier, BA, other network airlines, short and long haul low-cost carriers and charter airlines. It identifies the main drivers of airline behaviour and considers the possible influence of changes to existing business models and the introduction of new types of aircraft, such as the Boeing Dreamliner and Airbus A350. The report develops six sets of responses, three following expansion of Gatwick and three following expansion of Heathrow, to test the likely evolution of the market. As the future of the highly dynamic aviation market is uncertain, it checks the resilience of each across five different scenarios of how the global aviation sector may develop in the future. The analysis maps the implications for connectivity and potential benefits to the consumer through airline competition and relieving congestion at airports and reducing the associated economic rents.

This report is part of the International Transport Forum’s Country-Specific Policy Analysis (CSPA) series. These are topical studies on specific transport policy issues of concern to a country carried out by ITF on request.

Ask the Author: "The Potential of E-fuels to Decarbonise Ships and Aircraft"

14:30 CETIn this 30-minute online presentation and question and answer session, authors Matteo Craglia and Andreas Kopf present the new ITF report "The Potential of E-fuels to Decarbonise Ships and...

Roundtable on Airport Capacity and Competition

A combination of increasing demand for air travel and constraints on the potential for airports to expand, especially around populated urban areas, has meant many airports struggle with capacity...

The Potential of E-fuels to Decarbonise Ships and Aircraft

This publication examines the potential of novel fuels to decarbonise aviation and maritime shipping. Fuels like hydrogen, ammonia and synthetic hydrocarbons can be produced from renewable sources....

C-MAT, the Centre for Maritime and Air Transport Management of the University of Antwerp and Antwerp Management School will be hosting its maritime and air master classes to both students and...