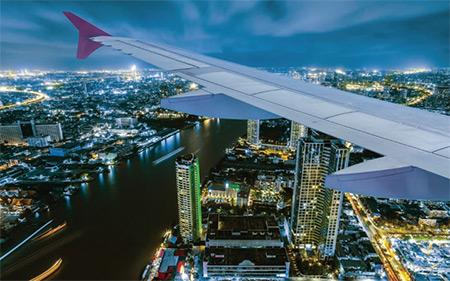 Expanding airport capacity in large metropolitan areas is difficult. Community agreements on noise constrain growth at existing airports. Land prices can be prohibitive for relocating airports. Most new sites require extensive investment in surface transport links to city centres. In multi-airport regions, options for expansion at the airports are to an extent interdependent, complicating assessment of whether to build new runways.

Many major airports are hubs for network carriers at the same time as serving a large local market. The complementarity between these functions may be a prerequisite for viable network operations, suggesting that distributing services over multiple airports instead of expanding the main hub would be costly. Hub airports and their network carriers often compete with hubs in neighbouring regions. The strategies of network carriers and potential new entrants to this part of the market need to be taken into account in assessing future demand for airport capacity. The requirements of low cost and other point-to-point carriers are equally important, but different.

This report reviews international experience in reconciling planning and environmental constraints with demand for airport capacity and the potential benefits in terms of productivity and growth from developing international airline services. Experience is compared in London, New York, Tokyo, Osaka, Sydney and in Germany’s main airports with particular attention to the dynamics of airline markets and implications for airport planning in multi-airport cities.

Ask the Author: "The Potential of E-fuels to Decarbonise Ships and Aircraft"

14:30 CETIn this 30-minute online presentation and question and answer session, authors Matteo Craglia and Andreas Kopf present the new ITF report "The Potential of E-fuels to Decarbonise Ships and...

Roundtable on Airport Capacity and Competition

A combination of increasing demand for air travel and constraints on the potential for airports to expand, especially around populated urban areas, has meant many airports struggle with capacity...

The Potential of E-fuels to Decarbonise Ships and Aircraft

This publication examines the potential of novel fuels to decarbonise aviation and maritime shipping. Fuels like hydrogen, ammonia and synthetic hydrocarbons can be produced from renewable sources....

C-MAT, the Centre for Maritime and Air Transport Management of the University of Antwerp and Antwerp Management School will be hosting its maritime and air master classes to both students and...