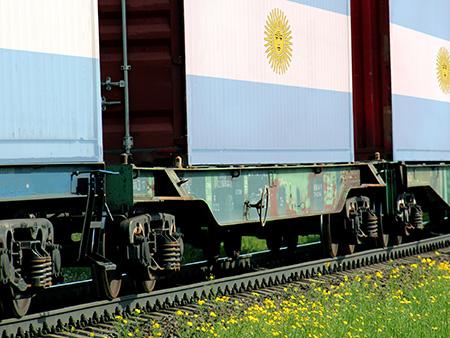 Transport demand in Argentina will increase continually in the coming years. Freight volumes will increase by 3% annually and passenger volumes by 2% between 2015 and 2030, according to ITF estimates.

Argentina’s CO2 emissions totalled around 430 MtCO2eq in 2012 or around 1% of global greenhouse gas emissions. Total CO2 emissions per capita in 2010 were slightly below the OECD average, at 11 tonnes.

Argentina has committed to reducing its total emissions by 18% by 2030 compared to 2005. Under certain conditions, this commitment can increase to 37% of total emissions. According to the National Transport and Climate Change Action Plan first published in 2017, transport will reduce its emissions by 5.9 MtCO2 by 2030, hereby contributing 5% to Argentina’s total reduction effort.

Transport currently accounts for 24.2% of total fuel combustion emissions in Argentina.  Road transport is responsible for 95% of the transport emissions in a country that once had the largest rail network of Latin America. Transport CO2 emissions per inhabitant have increased in past years; in 2010 the value was 1.32 tonnes of CO2eq. This is the highest value for the four focus countries, although still less than half of the OECD average.

Freight transport is slated to contribute around 60% of total transport sector emission reductions, according to Argentina’s National Transport and Climate Change Action Plan. Shifting freight transport volumes from road to rail is one of the main priorities. Rail freight volumes increased 80% between 2015 and 2018, although from a historically low level, thanks to targeted investment. Other actions under the National Road Plan include the enhancement of the use of high capacity trucks. Support is required to assess the potential contribution of these actions to climate change mitigation.